In 2011 the government released the Strategy for UK Life Sciences which outlined a vision for the UK to become a leader in the life science sector. The strategy identified a need for the UK to capitalise on its strong science and research base and translate discovery into real results. It was acknowledged that the UK had been under-utilising its strengths and therefore would need to take action in order to remain competitive in the global marketplace.

The industry expressed a need for support throughout the biopharmaceutical technology pipeline in an effort to take more innovations from discovery to market. In 2012, the Strategy for UK life sciences: One year on report announced that the Centre for Process Innovation (CPI) would develop and manage the National Biologics Manufacturing Centre, a £38m investment designed to support the UK biologics industry.

The aim of the centre was to help companies of all sizes to understand the feasibility of their new biologic process or technology, helping to get it to market faster and reducing the risk. Having already established national centres in Industrial Biotechnology and Printable Electronics, CPI’s experience in this area meant they were in a good position to complete the project.

The next decision to be made was on a location for the new centre. Innovate UK on behalf of the Department for Business Innovation and Skills (BIS), the project funders, established a group of independent industry advisors to determine the location of the new centre. The group chose Darlington, in the North East of England. This was based on accessibility in the form of excellent transport links, close proximity to existing pharmaceutical manufacturing companies and relevant universities in the area.

Specifically, the centre would be based at Central Park, an up and coming development which is one of the regeneration flagship projects for the Tees Valley. CPI worked closely with Darlington Borough Council to secure the land and then to gain planning approval for the proposed development.

At this time, significant stakeholder engagement was carried out to help define the needs of the UK biopharmaceutical industry. These needs defined what the centre should provide.

Once the location had been confirmed, the planning could really begin to take shape. The initial design of the centre had been developed by eXmoor pharma concepts ltd with Reiach and Hall Architects and the resulting design package was used to tender for a suitable contractor. In early 2014 CPI awarded Interserve Construction Ltd with the design and build contract for the centre, they would manage the overall construction of the building. As part of their team, Interserve brought with them architects Archial NORR, civil and structural engineers Billinghurst George & Partners (BGP) and Shepherd Engineering Services (SES).

Interserve and their team worked closely with CPI to translate the concept design into the detailed design and what would be the building as it stands today. Ground was officially broken on the site in April 2014 by Steve Bagshaw, CEO Fujifilm Diosynth Biotechnologies and Sandy Anderson – OBE, Chair of Tees Valley Unlimited. Following the ground breaking the foundations were laid enabling the shell of the building to be erected.

At the early stages of construction Emerald Architects had been appointed to develop the interior design of the building, ensuring the overall look of the centre would be in keeping with the nature of its purpose whilst remaining sleek and modern.

To add to the unique design of the building, Kirath Ghundoo, a UK based surface pattern designer, created a bespoke wallpaper which would heavily feature within the building. The design uses geometric patterns to incorporate the CPI brand as well as abstract patterns to represent the processes which take place within the labs.

The CPI team worked tirelessly throughout the design and build to ensure everything would run accordingly once the facility opened. The team had a hugely complex job of defining the set up of each lab, ensuring each area was fit for purpose. Since 2013 the Technical Team had been working to specify and procure the process utilities and process equipment that would enable the team and facility to deliver the highest possible level of service to partners.

From 2012 onwards CPI had been working on forming the team that would deliver the objectives of this national centre. A vital part of the national centre is the capability of its employees.

The Business Development Team were busy generating project pipelines, getting customers through the door before the facility had even been completed, temporary labs were set up at CPI’s Wilton site to start work early on a number of projects.

IT systems needed to be planned and installed as the build progressed, CPI’s IT team worked hard to ensure the building’s IT system would be state of the art running efficiently enough to cater for the staff who would be working within it.

In early September 2015 the centre was ready for the CPI team to move in. A launch event was held on the 30th September where the centre was officially opened by Jo Johnson MP, Minister for Universities and Science and Steve Bagshaw, CEO Fujifilm DIosynth Biotechnologies.

Building a facility of this complexity and size in such a short period of time is a fantastic achievement for CPI and the Interserve team. It is the speed in which the centre was designed and constructed that makes it one of the success stories of CPI. The team involved in the build worked extremely closely in order to move forward at such haste, ensuring everything was addressed and no minor details were left out. The centre is now fully operational and open for business. 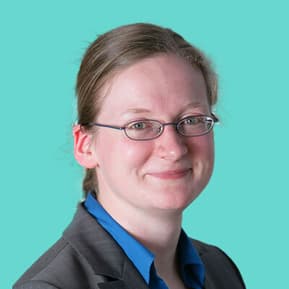